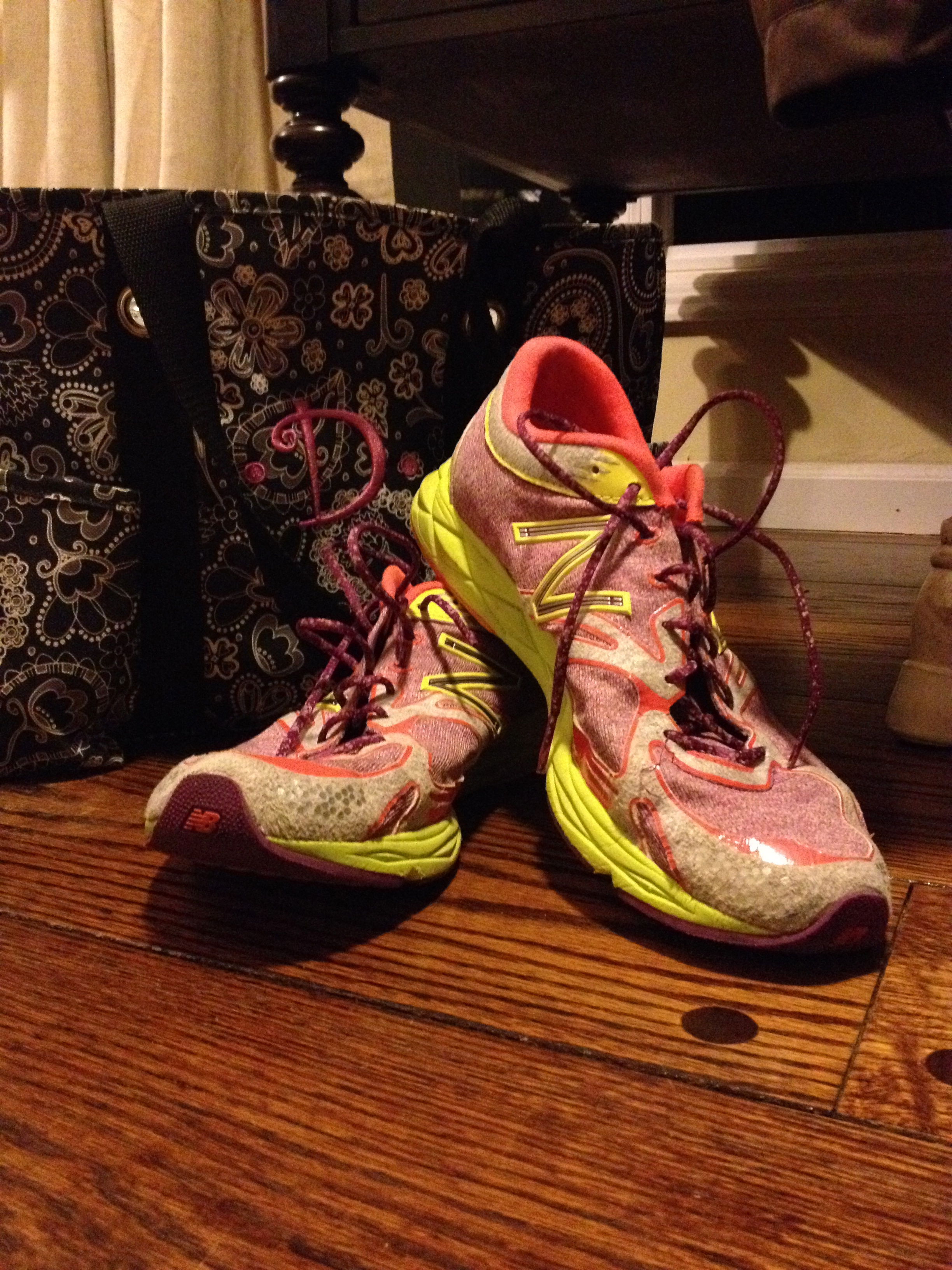 Last week I played track coach for my second son. His school was on spring break but his coaches thought better than to give the kids a week off running, too.
Since Superman and I are good obsessive sports parents, and since all I needed was a tiny excuse to add some running into my CrossFit heavy days, we held our son to his workouts; driving over to the middle school track and faithfully completing each workout as prescribed.
Even through the crying.
Monday’s workout was a rough start. We ran with another track family since misery loves company and moms need socialization, too. About half way through the workout, I noticed my boy lagging a bit—a curious posture for him in general, even more so given the fellow teammate was a girl. His face became increasingly pinched. He kept reaching for his inhaler (a condition from his little boy years that we thought he’d grown out of), water bottle, and extra time between efforts. I quietly ignored his discomfort thinking I was sparing him from embarrassing mom attention. That, and my intrinsic obsession to finish what I start—sometimes beyond all healthy reason—was, I’m sure, working in overdrive. And probably because of his own personal pride in front of a girl and the fact that he carries my genetic coding, my son never cried “uncle.”
So, on we pressed.
We were on the last of our 200 meter sprints. This was it, our last half lap at full speed. I gave a two-part command: set… “GO!” We took off and immediately my son was several steps behind. Not sure whether I should pace with him, the teammate or play the rabbit to chase, I tried some weird combination of the three—pulling ahead a few steps but never out of reach, except my son kept lagging further and further behind.
Thank goodness it was only a 200m sprint. My mind might have exploded with all my over-thinking of the whole thing.
I finished with his teammate right on my heels. Immediately I turned around to see my son coming around the final bend, tears streaming down his red flushed cheeks, chapped lips parted and turned under revealing every bit of strain the rest of his body was carrying. He half jogged, half limped to the finish line staring at me with equal parts of fear and anger.
“I…couldn’t…breathe…that whole time!” he choked out as soon as he crossed the finish marker.
My first thought was, well, you sure articulated it well! Thankfully, I kept my first thought to myself.
I noticed his breathing had fairly quickly recovered and I sensed he was more maddened than distressed. My reaction would either diffuse or inflame his pre-teenage puberty fueled anger. It was critical… and pretty much a crap-shoot.
I uttered a silent cry upwards for help, breathed deep, and tried for the encouraging, concerned, problem-solving mom approach:
“Buddy, I’m so proud of you for never giving up! Let’s slow down, take a few deep breaths and relax a little.” He grudgingly obeyed and didn’t shrug me off completely as I rubbed his back, but didn’t let me pull him into my side, either. His reaction told me everything. His pride was more hurt than his breathing.
“So, what do you think happened?” I gently probed.
“My legs!” he sniffled. “My legs are just so tired. I couldn’t keep up!”
Legs are not lungs. But the fear of legs not holding up can apparently trigger lungs to constrict, making an asthma attack imminent. It was the same pattern we noticed in wrestling this season. If dominating a match, he could expend huge amounts of energy and his airways remained open. But if he was the one being dominated, he was either dangerously near or in a full blown asthma attack by the 3rd period.
Which has made me realize the cold-induced asthma of my little boy that I thought he’d outgrown, has now reintroduced itself as anxiety-induced asthma in my pre-teen son.
Shhhh….this is our little secret. Unlike pointing out problems with form or stride, confronting him for anxiety issues will probably only exasperate the anxiety (master of the obvious…I know).
Thankfully, Monday’s episode remained in isolation. We worked on “staying relaxed” in his upper body—his face, his arm swing, his shoulders, pumping his arms like they are “puppet arms on strings” and not creating their own movement (so as to keep the tension out of the arms as he gets tired). We talked about his arms being hinged at the shoulder and keeping them “loose and free” to move forwards and backwards. We talked turn over, and running on “hot coals” (Thanks, Coach Pete Rea!). I coached him through the last meters when I could hear the breathing begin to strain and see him tensing from the corner of my eye. I kept the commands light and compact—easy powerful phrases for him to quickly assimilate and execute. 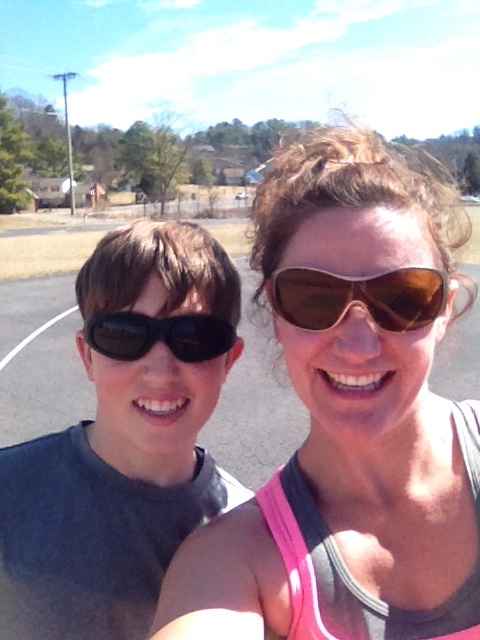 But mostly we just ran together. I stopped over-thinking and he stopped worrying about tired legs and disappointing his mama.
By Sunday, when the head track coach had unexpectedly resigned leaving our school’s headmaster in the head coaching position and asking me if I would consider stepping into an assistant coaching spot, the same son I’d made cry six days earlier, was elated.
More proof that amazing things can be created in six days… 🙂