Winning, Losing and Where Victories Lie

My Orioles – triplets with their best friend

Our family’s last week could easily be defined by wins and loses. We wrapped up our baseball season and both teams our children played for (the triplets on one team and Isaac on another) found themselves in championship positioning. We started with Sam, JB and Risa’s playoffs last week. Those teams couldn’t touch us. No one came within 10 runs of our team all season. Our road to the final game, determining the 2012 Western Harnett County Coach Pitch Champions, was widely paved in asphalt.
We had a ‘by’ the first night and won our next two games with wide berth. We knew all the rumors of our likely championship opponents. They were also undefeated. We watched them play briefly the night before we went head to head with them. Their players looked on the older side. They only had one girl on their team. Rumor had it the four coaches schemed pre-season to hold back their mighty talented boys and build a little coach-pitched baseball empire. Look like they’d succeeded.
But then there was our team. Other than my two boys and one other player, we had one of the youngest teams in the league. We had the most girls – divided almost equally down the middle, five to seven. Superman coached. There was no scheming, no converging. We happened to end up with most the kids from our neighborhood, who happened to be some of the youngest players in the league.
I don’t know that I’ve ever watched a better ball game as I saw Thursday night. They jumped out ahead of us. Our kids looked stung, but held their heads high. We whipped back with our tight fielding and consistent hitting. Our usual grounders to short weren’t as much of a sure thing, as their power player easily scooped without bobbling and fired accurately to first. But we matched them with equally powerful plays from the middle. Our power hitters had some pops, which against any other team had a fair shot of being dropped. Not this team. Again, they were a sure thing. But, their power hitters popped some, too. And we matched them. Until the perfect storm….
We were up 5-2 at the top of the sixth and final inning. We were the home team, so three outs and the game is over. They were at the top of their line up. First batter struck out. Second batter shot one in the air between first and second. My Sam, playing first base, ran backwards, glove in the air angled perfectly, eye never leaving sight of the ball. SNAG – it was beautiful. Two outs. My heart started thumping and I think we could actually win this game. Our little rag-tag team of happy up-beat kids could be the champions. But, then –  especially in coach pitch baseball – there’s no such thing as “in the bag”. I swallowed hard and yell encouragement.
Third batter comes to the plate. He swings on his first pitch and it pops high, right between my three children – playing first, pitcher and 2nd base. Sam has the best angle on it, but JB and Risa refuse to back off. Sam’s calling it, the ball’s descending perfectly into his glove and still JB and Risa won’t back off. Just as the ball is landing in the pocket of Sam’s glove the other two collide into him. Rather than find Sam’s pocket, the ball bounces off its tip. Sam frantically tries to re-snag it on its way down, but gets caught in the tangled arms and legs of his siblings. The ball dribbles to the ground. And in the same instant, the winds of winning shifted against us.
We fought hard, kept our heads up, but lost the game 5-6. There was no pouting, no throwing gloves on the ground, no refusing to shake hands. There was crying, of course, my own including – although fortunately I had the gulping power to keep it down until we got home and had put everyone to bed. As Superman told his players at the end of game huddle, “Hey, you didn’t lose that game. They just happened to win.”
My late night Thursday crying came from some different well, however. My mind kept reliving that perfect storm play. And deep, three year-old grief just boiled to the surface like a sleeping geyser suddenly awake and insistent on spewing burning sulfur. It was the kind of uncontrollable weeping I used to lock myself in my bathroom for – especially after those difficult days where my youngest birth son seemed to take the brunt of my adopted son’s wounds. They are the same age – “artificial twining” I think they call it. This made Sam the perfect target; continually being confronted and frustrated by an angry, mournful child, who didn’t know how to do anything but fight for his place in the world.
I battled against bitterness in those days. Bitterness against children who were utterly incapable of choosing differently at the time. For whatever reason, watching them all collide on the field, flooded the cavities of my soul so hard fought for these past three years. Like the smell of Aqua Net or Baby Soft transports me to junior high, so did that night’s trifecta-collide place me squarely back to their early days home, though the similarities in the actions couldn’t have been more opposing.
We all recovered. The next day, while reading in my husband’s ugly red pleather chair, I overheard their little voices – not baseball giants anymore, just little children building lego ships. “Look at mine, Sam! Do you like it?” These ‘twins’ have become connected in that mysterious way only twins can understand. 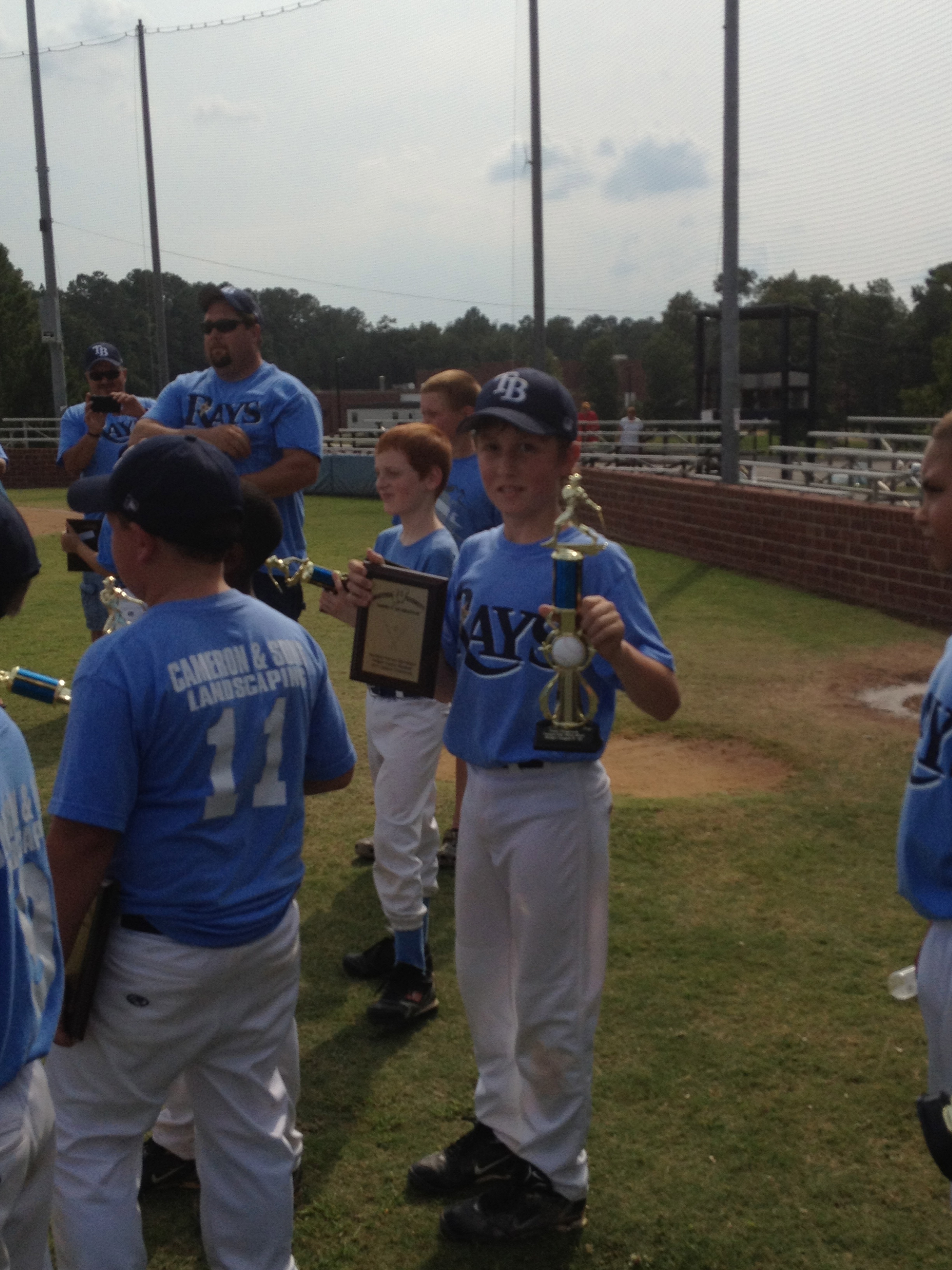 On Sunday, my older son faced his own championship game. It was a defensive battle. More than once, I thought I was living Ground Hog Day. But in the end, they won. The ‘twins’ raced to Isaac and told him how happy they were for him; at least now we had a championship in the family! All I could do was giggle and smile and cry – again. Winning is sweet. It’s a wide satin bow tied neatly to the top of any present. Losing is horrible, causing chest constriction and flashing dark emotions not easily contained. But losing, I’m beginning to find, is where the greatest potential for victory lies.