In which I take a cue from Mary 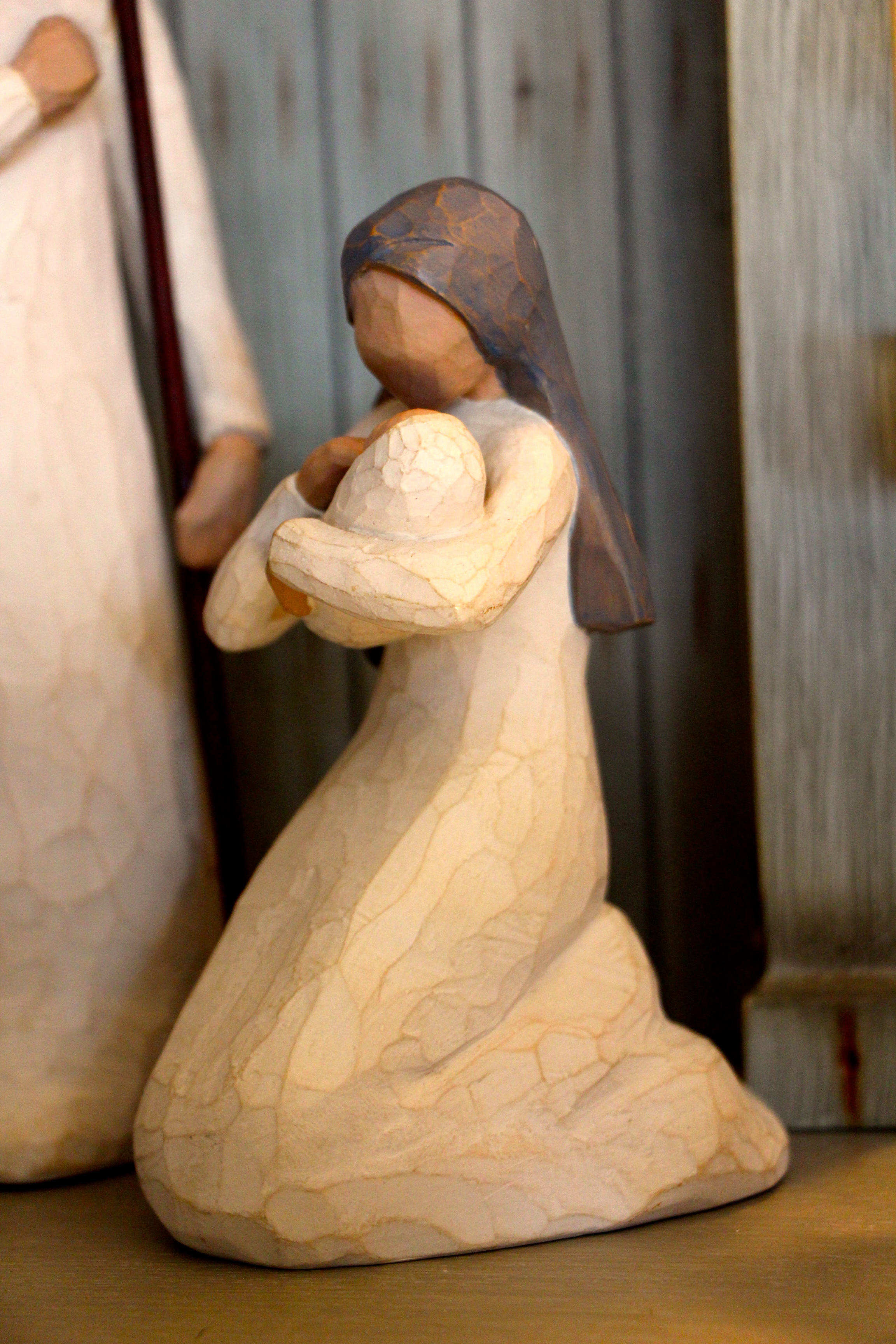 She was not troubled by the sudden appearance of the angel Gabriel, rather she was troubled by his greeting:
“Greetings, you who are highly favored! The Lord is with you.” –Luke 1:28 (NIV)
Luke writes that Mary was greatly troubled at the words and wondered what kind of greeting this might be. It doesn’t say she started at the sudden appearance of a celestial being in her private quarters. Neither does it mention her gawking at Gabriel dumbfounded, unable to think clearly.
No. Mary was only troubled at the angel’s words. What kind of strange way is this to greet me?
Yet, she must have betrayed some level of fear for Gabriel’s next words were:
“Do no be afraid, Mary, for you have found favor with God.”  –Luke 1:30

And in that moment, all was light.
He could have stopped right there. Wouldn’t that be a fine message to receive? “Do not be afraid ___(insert your name)_____, for you have found favor with God.” Isn’t this what we who call ourselves Christ-followers long for? Declared favor with the One we have committed to following?
Then there is the rest of the angel’s message:
You will be with child and give birth to a son, and give him the name Jesus. He will be great and will be called Son of the Most High. The Lord God will give him the throne of his father David, and he will reign over the house of Jacob forever; his kingdom will never end.       –Luke 1:31-33 (NIV)
It seems all light. All glorious. All beautiful.
But Mary recognizes immediately the mystery. There is the light, but there is a shadowy aspect as well:
“How will this be, since I am a virgin?” –Luke 1:34 (NIV)
I have been reading the poetry of Luci Shaw this advent season. Her book, Accompanied by Angels, Poems of the Incarnation, has become my dear friend already. Part of her poem, “Too much to Ask,” seems especially fitting when considering Mary’s demeanor and response to Gabriel’s announcement.

It seemed too much to ask

of one small virgin

that she should stake shame

against the will of God…

I echo Shaw’s sentiments—it seems a lot to ask of a young maiden barely old enough to be legitimately married, let alone be told she will birth the Son of God! So much mystery; so many unknowns. The light from Gabriel’s news—maybe the light from Gabriel himself—was only enough to light the moment. The rest—which was considerable—remained in the shadows. So much uncertainty.
But somehow Mary stays in the light, despite her concern at Gabriel’s greeting, despite her recognizing her precarious place within this whole scheme. She only respectfully asks for some clarity.
Gabriel explains:
“The Holy Spirit will come upon you and the power of the Most High will overshadow you. So the holy one to be born will be called the Son of God.” –Luke 1:35 (NIV)
That was it. That was all the explanation she was given.
Shaw’s poem continues:

All she had to hold on to, later,

were those soft, inward

and the remembered surprise

Who would think it

more than a dream wish?

And what did this girl do? Mary bowed her head. She could have asked more questions, requested time to consider, or given a flat out, “No.”
It really was a lot to ask of so young a girl.
“I am the Lord’s servant,” Mary answered. “May it be to me as you have said.” –Luke 1:38 (NIV).
This is my cue. This is your cue. Allowing the light and the mystery to live together. On any given day the weight of His calling with all it’s mysterious and shadowed edges can seem too much to ask of so feeble a servant. It is a precarious business and a mystery unto itself—to live fully in the light while accepting peacefully the mysterious.
But, why should we expect it to be any other way?
Here are the final lines of Shaw’s “Too Much to Ask”:

And it may seem much

too much to ask me

to be part of the

Yes. Sometimes, it does seem much too much to ask. But then I look at Mary, and I understand…if only enough to bow my head.