When You Go to Alaska 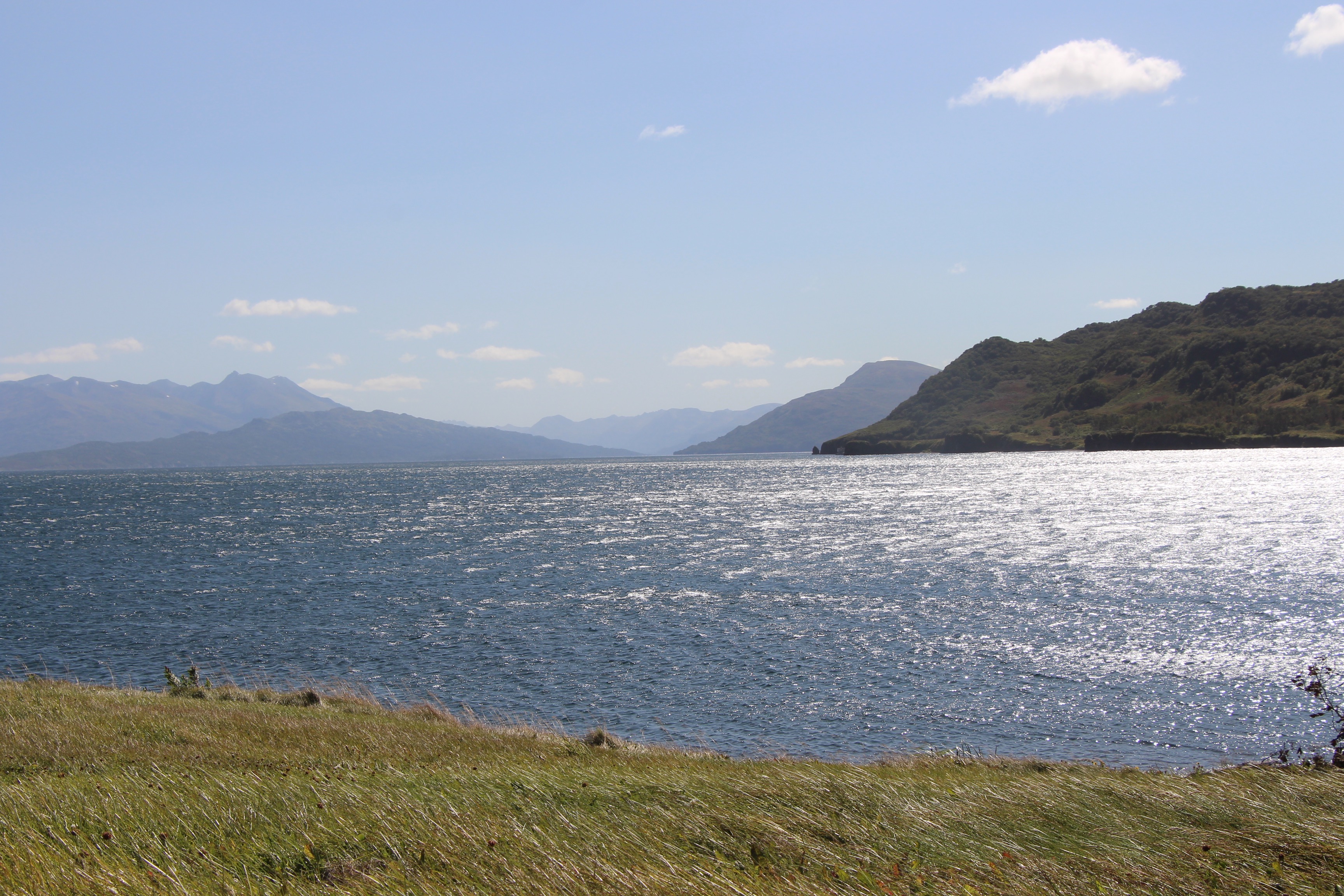 The view outside the writing studio on Harvester Island

A three hour car ride, four airplanes of varying sizes, hours of layovers—to include an overnight in the airport, and a 30 minute skiff ride. That is what it takes to get to Alaska. At least, that is what it took for me to get to Alaska.
That is where I spent last week. In Alaska.
I went because in Alaska, last week, there was a writing workshop and retreat on Harvester Island (aptly named). The workshop was created, hosted, and taught by author, Leslie Leyland Fields. Her co-teacher was author, Bret Lott. Both are writers I have a deep and abiding respect for: their writing, their teaching, their personhood. To learn from them in a workshop setting at the same time? Pure indulgence for me.
As for Harvester: it is a tiny island next to the island of Kodiak. Kodiak is the 2nd largest island in the United States. The big island of Hawaii is the first. Then there is Kodiak. But I lived last week on Harvester—probably one of the smallest islands in the U.S. Small, but mighty to me.
When I think of how to best share my experience on that small but mighty island—Harvester Island—I keep coming back to Jane Yolen’s children’s story, Owl Moon. In it, a young girl tells of her first time going owling with her father one quiet snowy winter night. Throughout the story she periodically repeats this phrase: “When you go owling…” as she gains a deeper and deeper appreciation for the magnitude of her adventure.
So, in the spirit of Owl Moon…
When you go to Alaska, you need to go with conviction.
I registered for this particular workshop—the Harvester Island Workshop—long before I knew all the things I knew once I left. If I had known my family would buy a house and spend the summer moving, I would not have gone. If I had known I would not have time to write and polish up some piece of non-fiction writing and instead have to submit a piece of fiction I was much less secure about, I would not have gone. If I had known the island I was headed to—in order to arrive at an island beyond it—would be under conditions less than ideal, I would not have gone.
On the day I flew for Alaska, Kodiak was on fire. There was a downed power line (they think) and 60+ mph wind gusts and 100 year old volcanic ash blowing through the air. This is my destination? I thought. This is where I need to land? What was I thinking?
By a Great Mercy, I knew none of those things were possibilities.
Also by a Great Mercy, none of my flights were cancelled. None were delayed. I flew and I flew and I flew until I flew right into Kodiak. Then I flew again in a small propeller bush plane across Kodiak below the clouds and between the mountains to Kodiak’s other side; a place called Larson Bay. There is a salmon cannery at Larson Bay. I toured the salmon cannery with fellow workshop members while we waited for the rest of our crew to arrive in their small propeller bush plane. Then we piled our belongings, all the food and supplies we would need for the week, and finally ourselves into two aluminum skiffs. We rode out of Larson Bay, around the bend and on to Harvester Island.
When you go to Alaska, you need to be ready to share in the work.
The workshop was at a fish camp. When you are at fish camp you don’t ‘run’ into town for anything—not for an extra gallon of milk, not for a few more batteries, not for fuel, not for anything. Because I was one of the first people to arrive, I had the privilege of helping prepare for our time at fish camp. Four of us went with Leslie and bought enough food for 20+ people to eat over a seven day period. Think about that:
3 meals a day x 20 people x 7 days a week = 420 meals
And the food had to be boxed after it was bought. Then it had to be weighed. Weight matters when flying in a bush plane in Alaska (or anywhere, for that matter).
We had 25 boxes of food. Maybe more. Plus everyone’s luggage. Plus everyone. We made human chains to load and unload, load and unload. We loaded and unloaded boxes four times before reaching our final destination. And that was just the food. There were cooking and cleaning chores. Everyone pitched in. Everyone helped.
And through our shared preparation and work, we were given Great Blessing. The blessing of stewardship. The blessing of servanthood. The blessing of fellowship.
When you go to Alaska, you must go with your soul wide open.
Ack! This is the part for which I have no adequate words. I remember the week before leaving, I had several moments where I became overwhelmed thinking of what it would be like to see creation in this entirely new way. Who am I, I thought, to be afforded the opportunity to witness God’s glory through this vast wildness under the canopy of writing? And to be in witness with other kindred spirits? Will they be kindred spirits? Will I be a kindred spirit? How will we go once we are there? 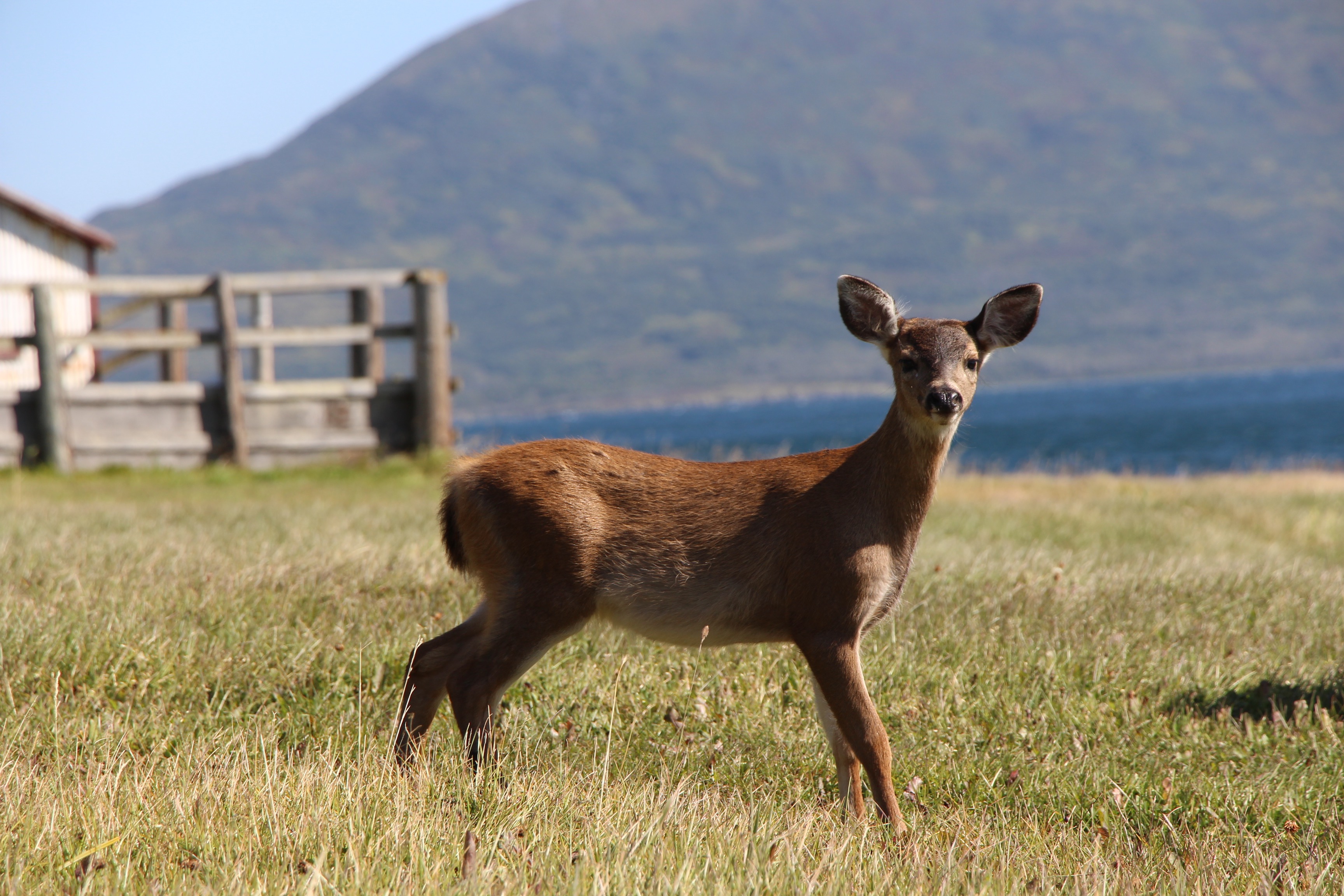 This guy escorted me to morning workshop more than once. 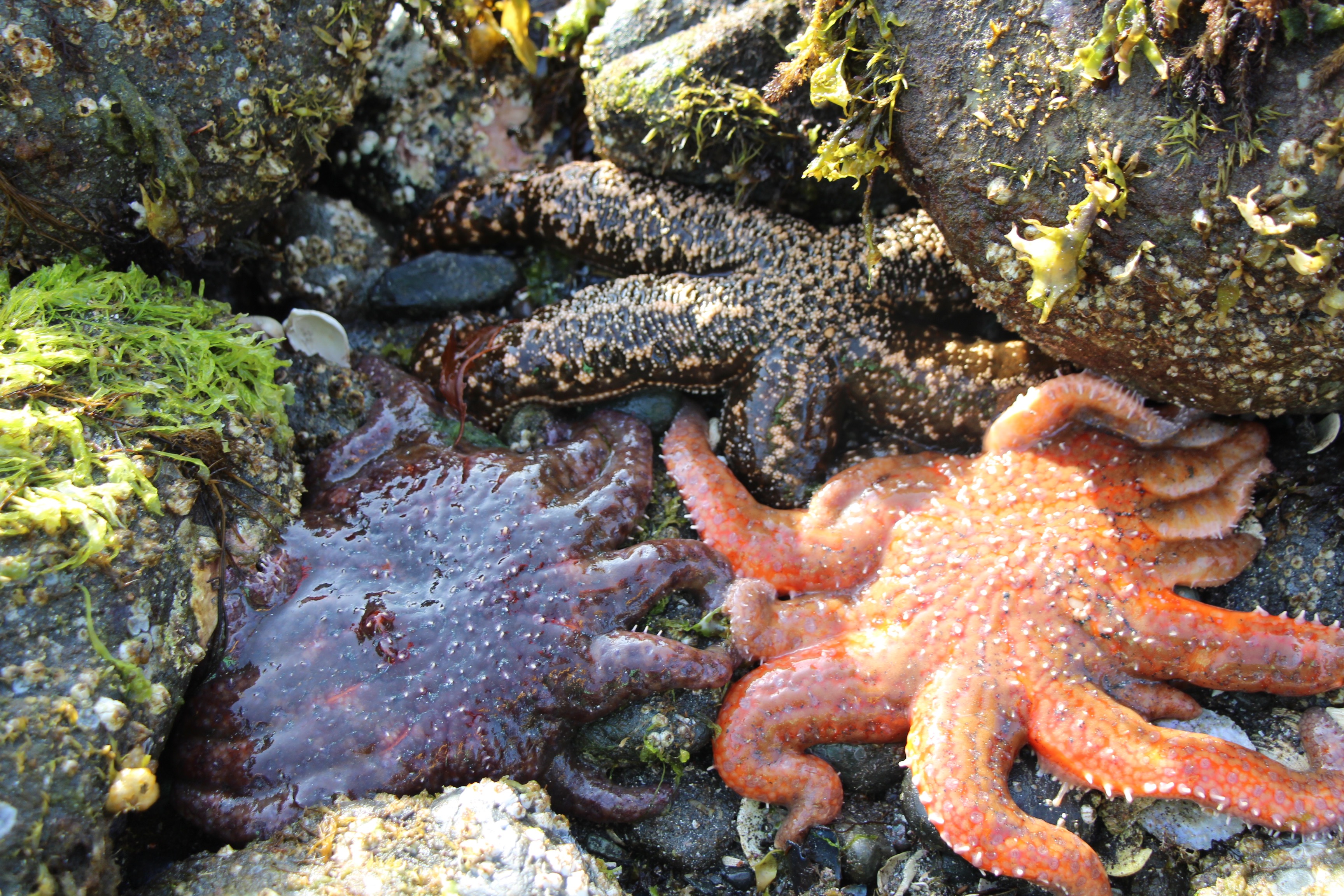 They were kindred spirits—and more. They were brothers and sisters of a Fellowship we had no idea existed until we were there in the wildness together. Just as we all shared in the the work, we shared in the wonder and the humility, too. We shared in the call to be stewards of language and story. We fellowshipped through critique, learning, conversation, and food (always, there is fellowship in food). We marveled together at whales, sea lions, otters, and and tide pools. Then we turned toward to one another with stunned understanding that as He created, so He has called us to create, too.
In those moments—moments so pregnant with meaning—we were given Great Grace. There was grace in the witnessing. Grace in the teaching. Grace in the critiquing and the bolstering of one another’s work. Grace in the enlarging of our souls. 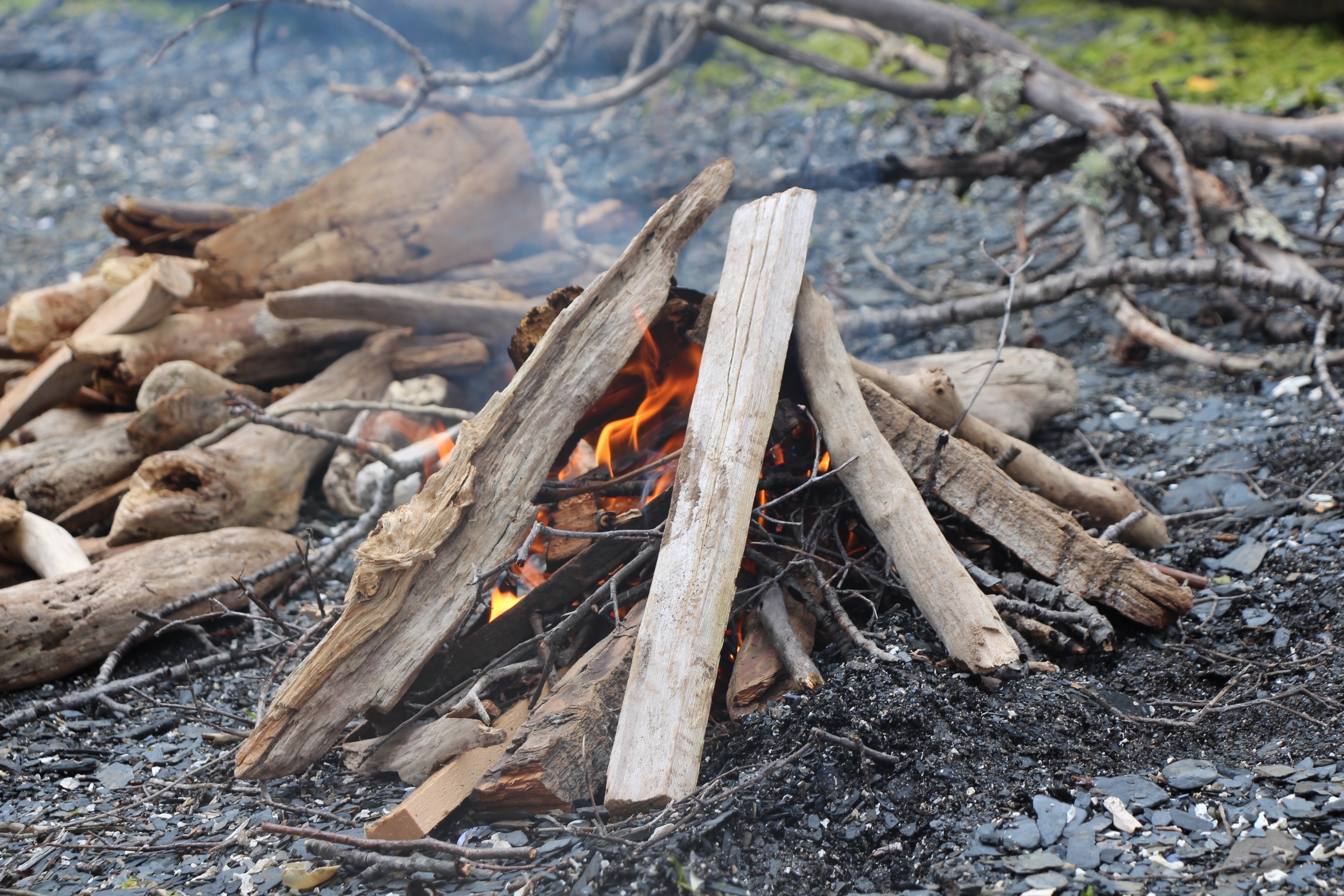 When you go to Alaska, you must realize that leaving Alaska will be difficult.
I don’t mean logistically, though getting back to Virginia was not easy. I mean this: leaving Alaska is hard. Leaving the fellowship. Leaving the safety net. Leaving Harvester Island where so much growing and ripening and—yes—harvesting happened. Leaving a place where I existed by the ebb and flow of tide and language and Holy Spirit; entering back into a world dictated by minutes and hours, schedules, events on the calendar that ding on my phone. Back to a place where writing time is always competing for all the other times that are louder, overtly visual, less patient to wait their turn.
But here is the truth: in leaving Alaska, I have seen Great Mercy, Great Blessing, and Great Grace—all three woven together, a cradle and a covering as I go forth. But I have to keep seeing it. I have to live in the Truth.
“His mercies are new every morning.”
Each day is a new opportunity to sit at my table and carry out His calling. A calling to name, to create something new, to work at writing with the vision of enlivening those moments in life—the ones we ignore or find mundane or even despise. But often, it is those discarded moments where we see the face of God.
So, by His mercy, His blessing, and His grace, alone, I will write. I will write because I have been given the gift of Alaska. His gift to me. It is also my responsibility. A responsibility to make something of what I have been given.
In the weeks leading up to my trip, I had several people say to me, “Wow. You need to go all the way to Alaska to write?”

Yes.
Yes, I did.
Copyright 2015 by Shari Dragovich