Discovering a New Language in NYC

Several weekends ago, I was in New York City with my husband. It has become an annual affair—three years running now. And you know I won’t let him forget this tradition he’s begun.

I love the city. I love to soak in all the city offers, then leave it and come home to the peace and quiet nest of my Blue Ridge home. Certainly I prefer to spend my every day surrounded by mountains covered in verdant hues rather than skyscrapers of mirrored glass. But, I love how the city gifts me while I’m in it. This time, especially, it was full of giving.

I could give you my laundry list and describe each one in yawning detail. Don’t worry. I won’t. Besides, it isn’t the individual experiences I want to invite you into as much as the language I discovered. For now, I will call it the language of the non-anxious heart. 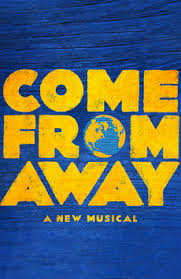 I heard it in it’s most direct form in the the Broadway musical, Come From Away. It’s the true story of the 38 planes and the over 7,000 passengers that were diverted to the Newfoundland island town of Gander on the day of 9/11. People from all over the world with their dozens of languages and beliefs and ways of dealing with the uncontrollable things of life. All together, stranded in a Canadian island town for five days, now doubled in population.

“Be anxious for nothing,” said one of the Newfoundlanders to a terrified African man and his family, who refused to get off the school bus being used to transport passengers from airplanes (finally, after midnight) to shelters. The man saw the Red Cross attendants and National Guard. No one had informed the passengers yet as to why they were diverted; why they had spent the entire day stuck on airplanes, landed on a runway at a nearly deserted airport on an island off the coast of “nowhere.” They were desperate to get off the planes. They were willing to get into the buses. But now there were people in strange uniforms waiting for them in the middle of the pitch black night, and they could see nothing around them.

The bus driver couldn’t get the man to budge. He tried coaxing and motioning and using his most kind and welcoming Canadian voice. After several unsuccessful tries, he noticed the man’s wife clutching a Bible close to her chest. He knew he wouldn’t be able to read the book’s language, but the number and coding system—the books, chapters, and verses—would be the same. He pointed to the Bible and motioned imploringly for the woman to hand it over. She did. He found Philippians 4:6. He handed the open book back and pointed to the verse:

The couple looked at the verse, then back at Garth. They gave him a tired smile and followed him off the bus.

Garth: “And, that’s how we started speaking the same language.”

I long to speak the language of a non-anxious heart. Imagine what a difference it would make in my family. My friendships. My community. The language of a non-anxious heart is one open to speaking direction and correction without the pitch of fear ringing through. It is able to recount these days and their many events—not as exhausting and soul-sucking—but as gracious gifts; the blessings of an abundant life. It buoys neighbors (not only those who live next door) in connection and commonality rather than divisions. 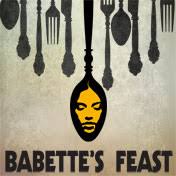 It wasn’t just in Come From Away where I recognized the language of the non-anxious heart. I found it in the character of Babette, in the Off-Broadway production, Babette’s Feast. In her own non-anxious heart language, Babette sacrificed all (including her only chance for returning to her beloved France) to throw a feast for the religiously pious-to-the-point-of-joyless villagers who’d offered her refuge during France’s years of revolution.

I heard the language of the non-anxious heart while walking through The Cloisters. Room after room filled with medieval art created for purpose of glorifying God, rather than rejoicing in one’s own self-expression. Indoor and outdoor spaces set apart for contemplation. Examining the heart. Reframing one’s purpose.

Even the 9/11 Museum. Maybe especially there. It was the language of the non-anxious heart that moved people into action on behalf of others. No hesitation. No thinking of self. Only looking to the need of the other.

Yes. It was the language of the other I discovered in New York those several weeks ago. A language I most desperately need to learn.