Paris, the elves and living free 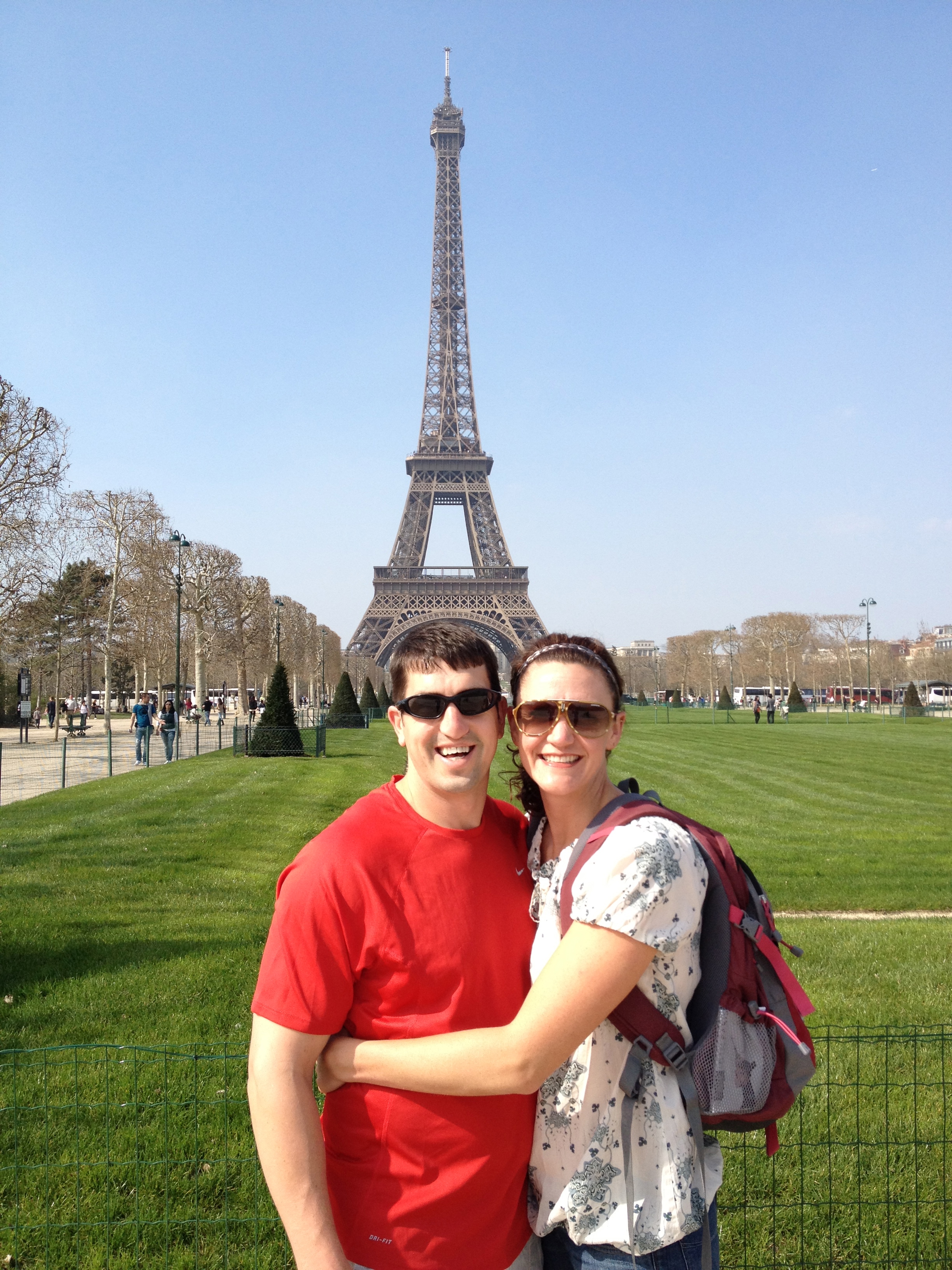 Our first day in Paris

Last week, I was a Parisian. We weren’t there for a conference. We didn’t have flight miles saved up.
No ulterior motive other than Superman was convinced he must take me to Europe before he accepts any more offers to travel abroad for work. He’d been planning for months. I never really believed we’d go until I boarded our direct flight out of Charlotte. Once I walked under our boarding sign: “Gate D12 – PARIS”, I thought, “Oh my. I’m going to Paris.”
People ask me, “How was it?” To which, I have a hard time replying. And when I do answer, I seem to blather on about art and history, Notre Dame and Normandy (we took a day trip outside the city to see the beaches and cemetery), the French culture – the clothes and scarves and how they seem to glide rather than walk across the ground. I decided early on, the French are the elves in Tolkien’s Lord of the Rings. 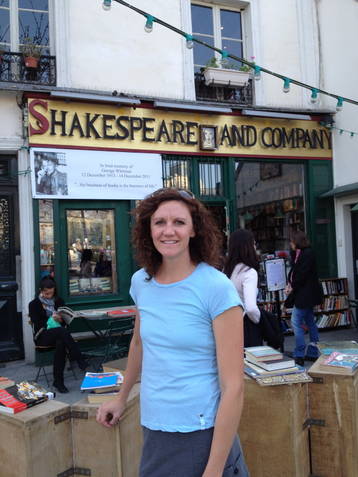 In front of the expatriate scene

In fact, Superman and I had lots of silly fun categorizing all Europe’s people groups into hobbits, dwarves, elves and humans (which changed depending on who we saw on various days and how they were behaving; except for the French – they were always elves). This was the indulgent kind of time we had. Time to live fully in the moment. No distractions. No strategizing the evening’s multiple activities. No working around work. No phone calls mid-dinner, mid-discussion, mid-anything. He was all mine. I didn’t have to share.
Paris was also a week of being only myself. Not a mom or the Chief of the Anesthesia dept.’s wife. Not the woman who homeschools, has adopted, runs, writes, wears 10 hats on any given day at any given time. Each museum and cathedral and park seemed to infuse its holy vibrancy and richness – a little more and a little more, until I became saturated with the color of the Impressionists, as pure in form as the Venus de Milo. 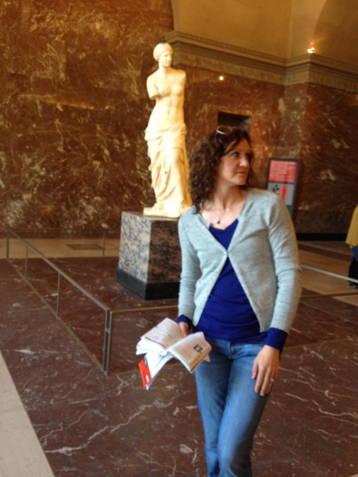 I'm certain she, too, was holding Rick Steve's 2012 Paris Guide before losing her arm

And then… it was our last day. I won’t lie. I cried at breakfast over my café au lait and croissant. In Paris, I glided with the elves. I lay in the grass under the Eiffel Tower, drinking wine and breaking bread with my one true love. I soaked in the history of an ancient city in an ancient land. I had the luxury of mind wandering – life as Marie-Antoinette before losing her head or an angry citizen during the Revolution, a soldier landing on Normandy’s beaches, an expatriate in the 20’s or Victor Hugo as he wrote The Hunchback of Notre Dame. 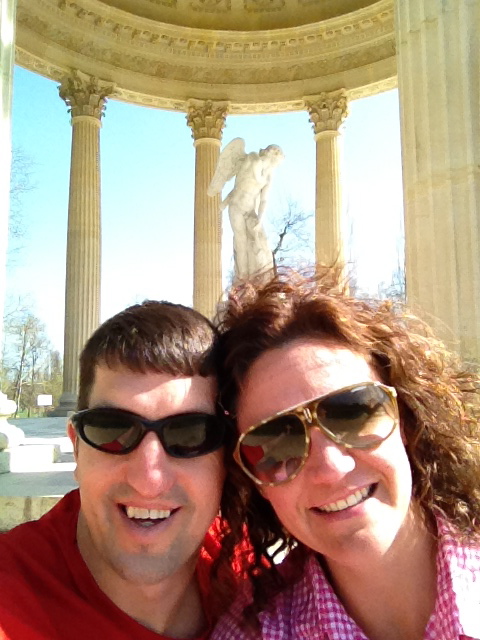 At Versailles, under Cupid's spell

Michelangelo often spoke of the sculptor’s work being not to create but simply uncover the beauty God already placed in the block of stone before him. In Paris, I was uncovered. Carved to the skin and blown free from the dust of daily living.

And now I wonder… what does it take to remain free?